Sharing in God’s Love through worship, education and outreach.  We are a community filled with opportunities.  Please join us for Sunday worship, Sunday school, youth group, mission outreach, adult education, wonderful music programs, and a welcoming and passion filled community of faith. 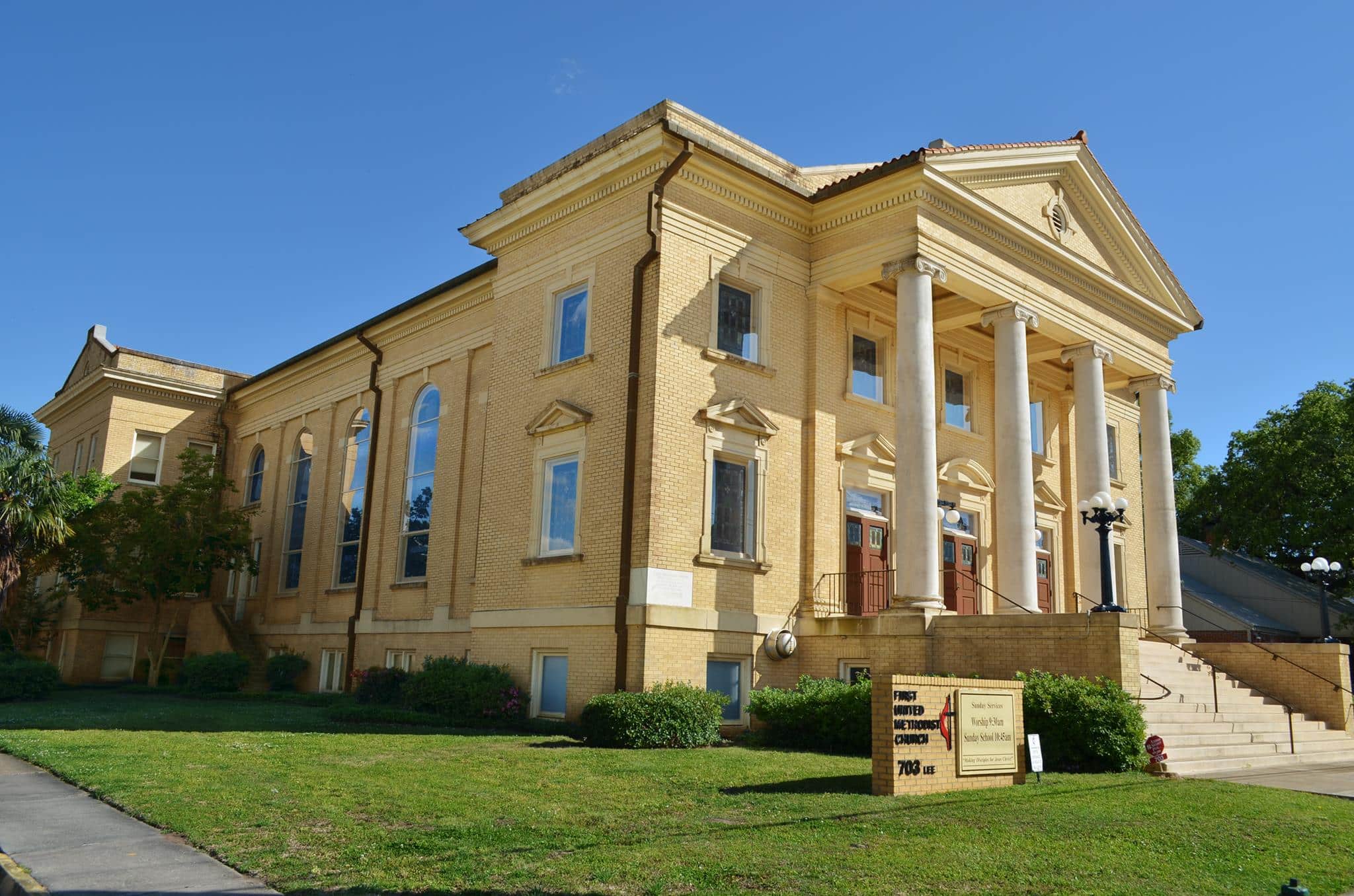 History of First UMC of Lafayette

The church was founded in 1895, but did not move into its own building until 1901.  The Rev. L.W. Wheatley was appointed as the first minister to the FUMC congregation and built the congregation to 49 members.  The congregations first building was located at 211 E. Genesee, sadly in 1944 after a large full basement renovation was added to the original building, a severe fire caused extensive damage.  The congregation choose to leave their current church home and move to new grounds.  The construction of the new building began in 1947 and concluded in the fall of 1948.  The joys of many marriages, baptisms and celebrations of life took place in the church, but after many years, this building too held its constraints.  In 1999 the congregation moved into its current building at 1255 Centaur Village Drive.    Our current pastor is the Rev. Jenny Arfmann, she has been serving this community since July of 2006.

The United Methodist Church is a Methodist Christian denomination which is both mainline and evangelical. It traces its roots back to the holiness revival movement of John and Charles Wesley within the Anglican Church. As such, the church’s theological orientation is decidedly Wesleyan. It contains both liturgical and evangelical elements. In the United States, it ranks as the largest mainline denomination, the second largest Protestant church after the Southern Baptist Convention, and the third largest Christian denomination.

Here is one of the most classicly architectural buildings in downtown Lafayette. I was searching for something to paint the other day and after years of passing by this building, I decided to paint it. The golden hour lightning was just perfect and the atmosphere was superb ?? Let me know in the comments below how I did! And yes, I did mean to rhyme just then?? . . . #watercolor #aquarela #aquarelle #watercolour #waterblog #акварель #watercolorpainting #painter #artsy #watercolorillustration #instaart #mood #atmosphere #archilovers #architecture #drawingoftheday #drawinganatomyandart #pleinair #pleinairpainting @archdaily @arches.art @archigraphicarts @danielsmithartistsmaterials @urbansketchers

As of 2007, worldwide membership was about 12 million: 8.0 million in the United States and Canada, 3.5 million in Africa, Asia and Europe. It is a member of the World Council of Churches, the World Methodist Council, and other religious associations.

Verse of the day

What You Need To Konw

The Contemplative service (10:30am) currently is a silent prayer/meditation service that offers Communion. Part of the music is live; part, recorded. Movement, as long as it is not disruptive, is permitted.
If you have a favorite reading or musical piece that helps your state of mind, please make your wishes known to either the pianist or to the DJ (at back of Sanctuary)